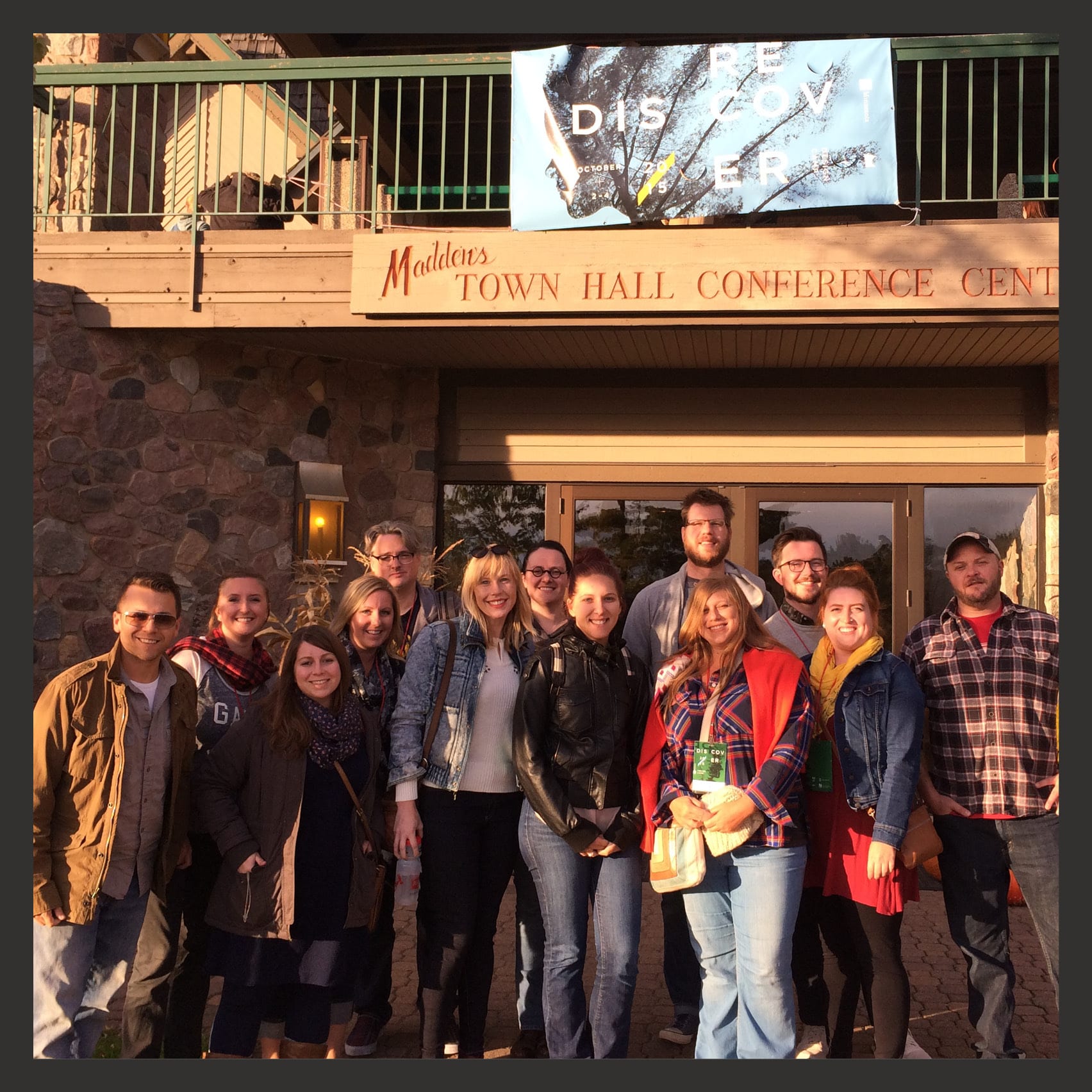 AIGA is the national professional association for design who’s mission is to enhance the value of design across all disciplines (P.S. No big deal, but our own Paige Kleckner is the Co-President and Membership director of the Iowa chapter). The Minnesota chapter hosts the annual Design Camp – a conference with over 400 attendees centered around education and recharging creativity. A weekend in the woods with speakers, breakout sessions, and inspiration with topics on everything from type design to animation to user experience. Design Camp is a nice reminder to step back and think about the process of design.

The 818 team headed up early to spend a day experiencing the Minneapolis design and brewery culture. First, we stopped by the design studio, Little  who designed the graphics for this year’s Design Camp We toured their space, met some fellow Iowans, and got a peak at some brilliant design coming out of the midwest. Next, we met with Michael, the creative director at Surly Brewing Co., where he took us on a brewery tour, talked brewery branding and design, tasted some delicious beer (mostly Todd the Axeman), and got to enjoy food from their fabulous Brewer’s Table restaurant. (The octopus, I’m telling you!)

Once we arrived at Gull Lake for Design Camp, we met up with fellow Des Moines designers, made new friends, wore some plaid (#plaidurday), attended some inspirational presentations from nationally recognized designers and spent the weekend nerding out over motion curves and kerning. Each day ended with a bonfire by the lake, a few rounds of darts and the occasional whiskey.

On the way home, we stopped by IKEA to pick up a few items because exciting news… we’re moving — again!! We’ll be expanding into a new office building this spring. Keep your eyes peeled for more news on that front as the New Year comes around. After lots of walking and not nearly enough Swedish meatballs, we packed up into the car once more and headed back to Iowa. We ended our roadtrip with a rousing game of 20 questions that ended in tons of laughter and guacamole. Another empire roadtrip in the books!