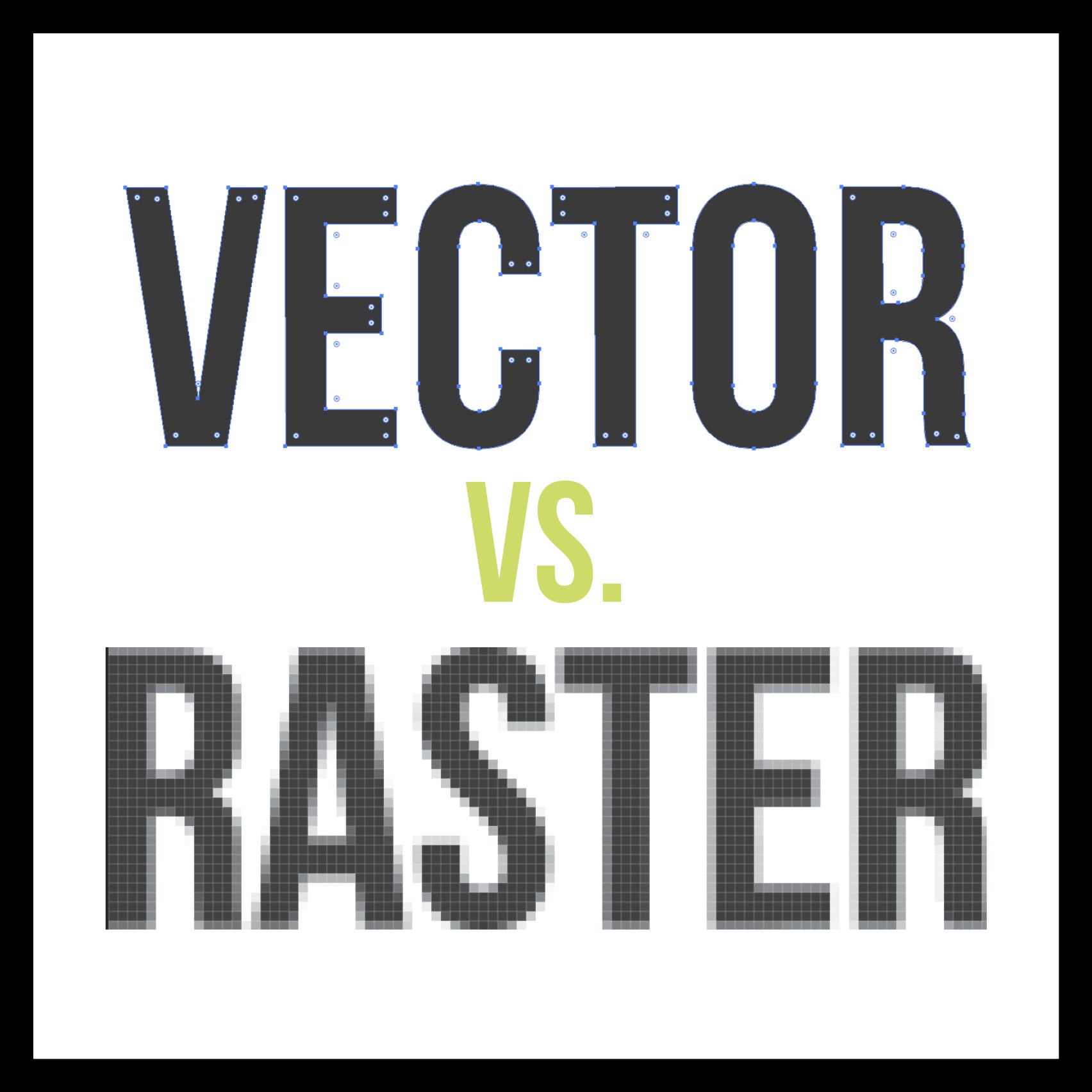 Have you ever heard your designer or printer refer to a graphic as a raster image or have you ever been asked to provide a vector version of a graphic? And, have you wondered exactly what those terms mean?

We’ll help clear up the difference!

Vector Image: A graphic made of paths based on a mathematical formula, which consists of lines and points used to create shapes, lines and digital art. These can be scaled to any size without the loss of quality. The mathematical formula is what allows the line work to retain the image quality no matter what size it is scaled to. Sidenote: Vector files typically have .ai or .eps at the end of the filename. Once opened in a photo editing software like Adobe Photoshop, the vector becomes rasterized — this can be tricky!

Raster Image: An image that is made up of many pixels (small squares) in a variety of colors that together make up an image. It cannot become enhanced passed the dpi (dots per inch) or ppi (pixels per inch) that it was created with. Pixels do not retain their appearance when scaled to a larger size and only appear blurry which sacrifices the image’s quality. Sidenote: Most images found on the internet are sized at 72 dpi and should not be used for printing high-quality documents which as a standard should be 300 dpi.
[spoon_separator style=”lined”] [/spoon_separator]

Graphics such as logos, marks and icons are generally drawn as vector files because of the range of their uses and sizes. Photos or imagery with a high level of detail are typically raster files because the cluster of small pixels/dots allows for easier interpretation of color range, shadows/highlights and depth. It is also what makes an image look realistic. It is most common for vector graphics to be drawn in Adobe Illustrator while most raster based graphics are modified or created in Adobe Photoshop.

Designers and print vendors use these graphic buzzwords quite often and the definitions are sometimes a mystery. Now you’ll be armed with the knowledge and understanding of the terms when you find yourself working in the world of graphics!