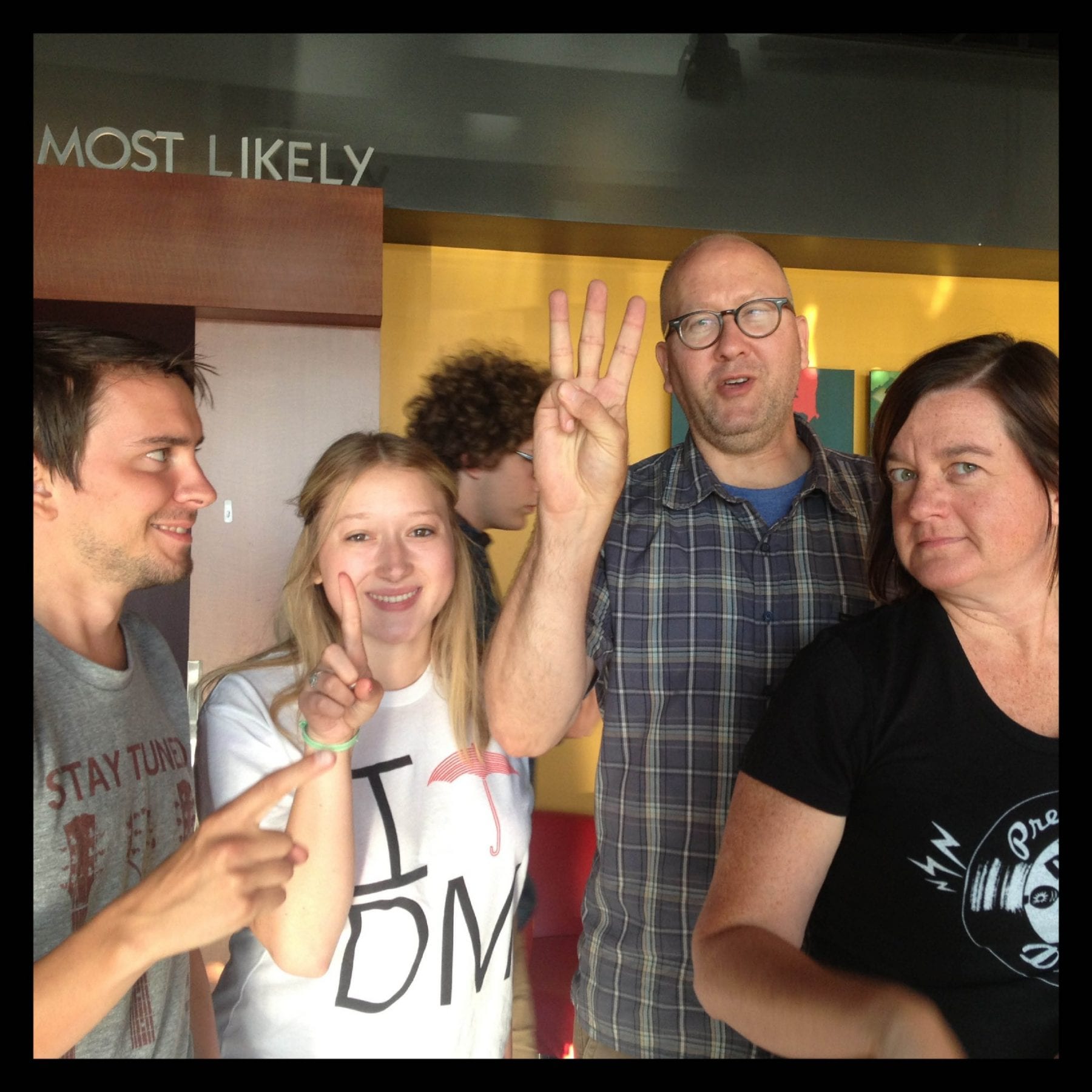 The 48 Hour Film Project took Des Moines by storm again this year – one weekend where creatives write, shoot, edit and score a film in 48 hours (see what it’s all about here). Team Last To Enter has been a consistent participant in the event locally, making it big the first year (2005) when they went on to compete against international films and won (see that video here). Every year produces a unique set of challenges where each team picks a genre at random and are given a character, prop and line to use in the film. This year was no different, and our required elements included the following:

The team, made up of actors, writers, filmmakers, editors, designers and volunteers worked all weekend to produce an invigorating short film to be proud of – The Good Husband. Many members of the team this year were first timers, but became quick friends as they spent the weekend together.  TL2E’s category was fantasy which was incorporated into a layered plot about one man and his perception of his own life. The team experimented with locations across the metro as well as tricky props. Fake blood, anyone? 818’s talents can also be spotted in the film’s last few plot-twisting scenes as much is revealed about the good husband.

The team’s experience was captured throughout the process not only by our own social media gurus Ryan & Suzet (watch clips), but by the local news station as well! KCCI covered the local event and interviewed TL2E’s director, John Hansen as the team was finalizing film edits. Fame spread a little further as the event ended with Team Last To Enter claiming one of four Audience Favorite awards as well as Best Actor (James Britt) and Best Directing (John Hansen).